Easy to grow, productive and delicious

Pumpkin and squash feature in many autumn and winter recipes. Native to Central and South America, they are the fruit of annual plants in the gourd family, Cucurbitaceae, to which courgettes, cucumbers, melons and watermelons also belong.

Edible pumpkin and squash varieties are mostly derived from two species: Cucurbita maxima (which produces large, rounded fruits, as in the case of ‘Marina di Chioggia’ or Aspen, i.e. the classic Halloween pumpkin) and Cucurbita moschata (which produces elongated fruits, such as butternut squash, known here in Italy as the “violin squash”.

They are fairly easy plants to grow, very productive and not delicate. Another advantage of squashes is that, unlike many vegetables, they keep for months. Today we will find out how to plant and grow squashes.

How to plant squashes

Do you already know what type of squash to grow in your garden? There are several varieties to choose from: consider your end goal (do you want to stock up your pantry, or grow them as Halloween decorations or ornaments?), your tastes, the characteristics of the individual cultivars (earliness, prostrate or climbing habit, size of the plants and fruits etc.), and whether you prefer the most widespread types or local varieties. Despite the differences, however, the cultivation techniques are similar.

Whilst it is true that squashes require minimal care, they only thrive in soil with high fertility. Precisely for this reason, when organising your garden, don’t grow squash (or other cucurbits) in the same place year after year. Apply the practice of crop rotation, by switching plots each season so that the soil doesn't become impoverished.

To grow squashes effectively, the soil must be fertile and well tilled. When preparing the soil with a spade or rotary tiller, mix it with mature manure or compost, or pelleted manure. Squash needs lots of potassium, so you can add wood ash to your fertiliser.

Soil preparation is a typical autumn job: we talked about it in our summary of how to grow a vegetable patch and in this article about soil tillage. As for fertilisation, you can start producing your own compost by building a DIY compost bin.

Squashes love warmth (they germinate at around 25°C). Sow with squash seeds or plant seedlings in the vegetable patch between late April and early May, when temperatures are stable and late frosts have ended (temperatures below 10°C will irreversibly damage your crop). When sowing, insert 2-4 seeds per hole and, after they germinate, thin them to leave only the healthiest one. You can buy squash seedlings from a nursery or grow them yourself, by sowing them early in seedbeds.

They need lots of space, so when sowing and transplanting squash plants, keep them well spaced apart: 1-2 m, depending on the variety. As the squash stems develop, point them in different directions to make best use of the available space in your garden and prevent the vegetation from crowding, which creates a favourable habitat for parasites and diseases.

If your crop occupies several plots in the countryside, a transporter is an effective means of transporting heavy and bulky loads, from sowing to harvesting the ripe squashes.

How to grow squashes

The space needed to grow squashes is, unfortunately, also sufficient for weeds to thrive in, especially during the early vegetative stages. Hoeing helps to keep the garden free from weeds and also aerates the soil.

Covering your squash patch with a layer or sheet of mulch saves you from hoeing and isolates the fruits from the soil. Here you will find instructions for effective mulching with plastic sheeting or natural materials such as straw.

To keep weeds under control in the vegetable patch, countryside and garden, there are different systems (here is an overview of how to eliminate weeds) including mowing the grass, which you can do with a wheeled brushcutter, brushcutter or lawnmower, depending on the context. In any case, wear utility gloves – they are always useful in the garden – and protective clothing suitable for the equipment you are using.

Squashes love warmth but not drought, so it’s important to water them, especially during flowering and fruit formation. Be careful not to let the water accumulate, which encourages the spread of rot and disease (if you’re not mulching the soil, raise the squashes off the damp ground, for example with wooden planks).

One useful although not essential task is topping, which you can perform on squash plants and, in general, on Cucurbitaceae, so that they concentrate their resources on the production of fruits and increase their size, rather than "wasting" energy on growing vegetation.

When cultivating squashes, don't neglect the health of the plants, which are especially prone to fungal diseases (particularly powdery mildew, as well as downy mildew and collar rot) as well as virosis. They are also targeted by insects including aphids and mole crickets. Fungal diseases and aphids can be treated using natural substances, which you can read about here: natural treatments for the vegetable patch. If, in addition to insects, your garden is plagued by moles, here's how to get rid of them. 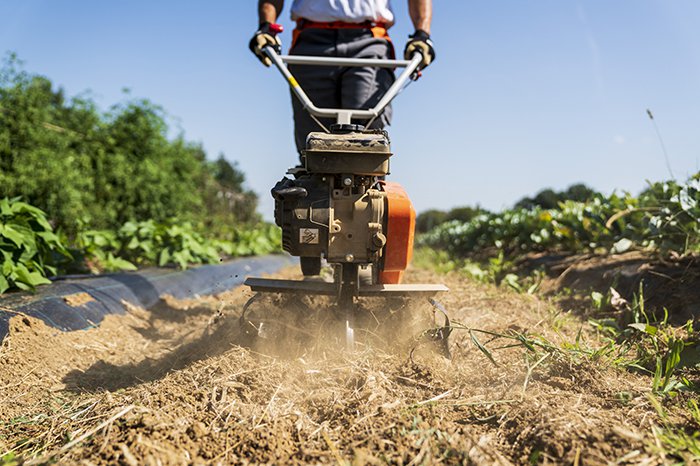 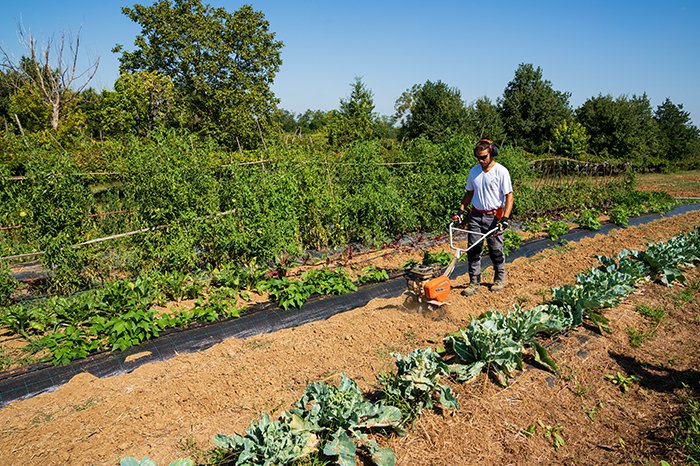 Apart from early maturing varieties, squashes are usually harvested between late August and early November, when perfectly ripe, as indicated by the less watery pulp and hardened skin. Pay attention to moisture – we already mentioned how to protect the squashes from contact with garden soil – and the arrival of cold weather, which can spoil the harvest.

How can you harvest squashes for long-term storage? Depending on the variety, they can last all winter and beyond, so:

Not only ornamental squashes, but also edible ones can be used as decorative elements thanks to their variety of shapes and colours. With a little inventiveness you can use them to smarten up your home during the cold season. In the same way you can make use of garden pruning waste, at little or no expense, by transforming them into decorative branches.