For your garden or orchard

What is grafting? Grafting involves joining a portion of a branch, complete with one or more buds, to a trunk, branch or root of another plant (the rootstock). This is called “scion grafting”, the scion being the portion of branch with buds. If, instead of a scion, you graft a bud directly onto the rootstock, this is called “bud grafting”. If the graft takes successfully, the two parts will fuse to form a stable union through the scarring of the vegetal tissues, making a new plant.

There are numerous types of both scion grafts and bud grafts, which are suitable for different fruit trees and involve different levels of difficulty. In this article we focus on the main grafts used in the garden, such as for grafting lemon trees or other citrus fruit species, as well as grafting cherry, fig and grapevine plants.

Why grafting is useful

Once joined into a single plant, the two graft components influence each other particularly in terms of vigour, longevity, resistance to disease and fruit production. This means that grafting can be used to reproduce a plant variety, strengthen a species, limit or enhance its vigour, make it more adaptable to a certain type of soil and/or climate, make it more resistant to disease and even improve the quality of the fruits or accelerate their growth.

How to make a graft

First of all, to make a graft you need well-sharpened, clean equipment and specific materials:

Also important for grafting are manual skill—which comes with time and practice—and safety, so we suggest you wear utility gloves and protective spectacles.

For the graft union to take successfully, it is important that the plants are related: hence, grafts are usually made on different varieties of the same species. Furthermore, the graft elements (the scion or bud and the rootstock) must be properly prepared following the instructions given below.

It is also essential to respect "polarity", i.e. the scion or bud must be grafted in its natural position, without being turned upside down. To ensure successful healing of the graft union, the generative tissues under the cambium (or inner bark) of both grafting elements must also remain in close contact. Finally, the season, temperature and humidity conditions must also be right. 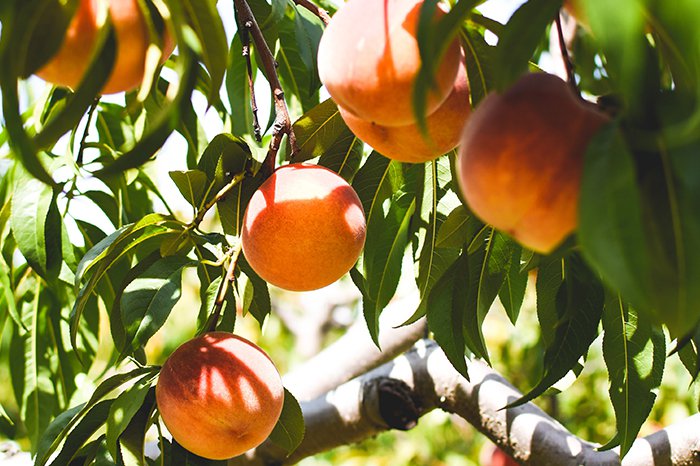 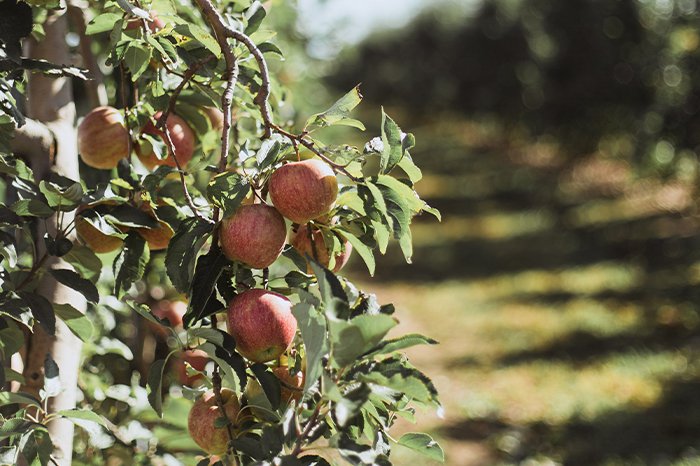 Let's start our rundown of the main types of graft for fruit trees with a fairly simple, quick and failsafe technique: the bud graft (also called the T-bud or shield graft). Depending on whether you do it in winter/spring or late summer, the bud graft is respectively referred to as a "vegetative bud" or "dormant bud” graft. It is suitable for grafting cherry trees as well as fig trees.

Be very careful when grafting buds: it is easy to make mistakes by grafting the bud upside down. But how do you make a bud graft? Here are the steps you need to follow:

Next we explain some of the different types of scion graft: in these cases it is not a bud that is grafted, but a twig with one or more buds.

One kind of scion graft is the cleft graft, which you can do on rootstocks of similar or larger diameter than the scion. There are multiple types of cleft graft, which differ according to the size and preparation of the scion/rootstock. Cleft grafts are suitable for grafting lemon and other citrus trees in general, as well as the cherry and fig: they are actually suitable for most fruit trees, except for the apricot and peach.

Here's how to do a diametral cleft graft:

The radial cleft graft is a variant of the diametral cleft graft, insofar as the cleft does not traverse the entire diameter of the rootstock, but only reaches halfway, so you can graft only one scion.

Another type of cleft graft is the apical-wedge graft or V-graft. In this case, cut the end of the rootstock into a V-shape and the scion into a wedge that fits into it: instead of a grafting knife you can use a grafting tool. Then, join the scion and rootstock together so that they interlock as much as possible.

Yet another cleft graft is the splice graft, which you can do using a rootstock and a scion of similar diameter: it is suitable for young plants between 0.5 cm and 1.5 cm thick. It is a graft that was created for grapevines, but is suitable for all fruit trees, because it has a high success rate and minimises cutting of the rootstock and scion. To make a splice graft, cut both the scion and rootstock across obliquely and fit them along the cut surfaces so that the cambia are in contact.

Another kind of graft is the triangular graft, which is fairly complex because it requires great precision to cut the rootstock and scion so that they interlock perfectly. Triangular grafting is used to graft lemon, peach, apricot, plum and especially pear and apple trees.

To make a triangular graft, proceed as follows:

We end our rundown of fruit tree grafts with the crown graft, another type of scion graft that is recommended for grafting fig and lemon trees, among others. After preparing the rootstock as above, make the crown graft as follows: