3 mistakes to avoid when pruning plants and hedges

There are different types of pruning, each with contrasting aims, which depends on the plant (such as production pruning for fruit trees), its age (formative pruning for young plants, maintenance pruning for mature plants, etc.) and the specific situation (such as rejuvenation pruning to eliminate weather damage).

Pruning is a job that is anything but simple: it requires clear ideas (especially as regards the aim of pruning), theoretical and practical knowledge (about the plants, how they react to being cut, pruning techniques and so on). Here we will cover some of the commonest pruning errors in terms of timing, cutting method, tools.

Pruning at the wrong time

Plants should generally be pruned while dormant, i.e. during winter (but avoiding the very coldest spells). However, deciding on the most appropriate period to prune trees and shrubs is not so obvious and it’s easy to get it wrong.

For deciduous species, it is advisable to prune between November and February (here you can learn more about winter or dry pruning). One mistake to avoid with deciduous trees is pruning too early, before or while the leaves are falling: it is a delicate time for the plants because they are starting to prepare for the cold winter months, and risky from a health point of view (because autumn humidity promotes attack by parasites and diseases, which can infect cuts).

A similar mistake is to delay the work. It is not advisable to prune in late spring, when trees and plants are producing new vegetation and flowers. Pruning carried out during the summer (known as “green pruning”) should be minimal.

Evergreen species, including both coniferous and broad-leaved trees, do not follow the annual alternation of winter dormancy and summer growth that regulates the lifecycle of deciduous trees. However, being the least risky season for plant diseases, mid-to-late winter is also the best time for pruning evergreen trees and shrubs, and involves removing dry, diseased or broken branches.

And how about hedge trimming? Tidy evergreens used as hedges between late spring and late summer (April-September), clipping them periodically depending on their growth rate (this is known as containment pruning). We have some tips for growing an evergreen hedge.

Pruning at the wrong time is also a mistake to be avoided in the case of flowering shrubs. The best period to cut them depends on the flowering period itself. Winter/spring flowering species need to be pruned in summer (about a month after the flowers have wilted), whereas late winter is the best time for summer-autumn flowering varieties. One plant that belongs to the latter group is oleander: here are some more details about oleander pruning.

Many pruning errors relate to cutting quantity and quality. Pruning is traumatic for trees and shrubs, so invasive cutting is the wrong way to go. Excessive pruning of evergreens is a serious mistake, especially for conifers, which have a limited ability to regenerate.

Instead prune in moderation, cutting no more than 25-30% of the living branches: foliage is actually necessary for chlorophyll photosynthesis, the process by which a plant produces its own nutrients. It is also important to minimise the size of cuts, by only sawing branches with a maximum diameter of 7-10 cm: this is because small wounds heal easier and faster.

Pruning basically consists of shortening (never by more than 1/3 of its length) or completely removing branches. In order to avoid pruning errors, when performing both tasks choose carefully where to start cutting and which branches to remove/leave alone.

Shortening should be done with a reduction cut, which involves cutting at the bifurcations (i.e. knots or forks) formed by the branches. Reduction cutting removes part of a larger (i.e. older) branch or trunk back to a smaller-diameter side branch. The surviving branch, which becomes the new trunk of the plant, must be fairly similar in size to the cut branch (at least 1/3 the diameter).

Branches that should be removed altogether include those that are broken, diseased, dry, very old, pointing in an unwanted direction; growing too close to the trunk or other branches; suckers and epicormic shoots.

Where should you avoid making cuts when pruning? The cut should never damage the collar, which is the point where the branch joins the trunk (or main branch) and a scarring callus closes the cut. So, don't cut flush with the collar but a few centimetres away from it, making sure that the cutting surface is slightly angled and smooth. Also avoid cutting too far away from the main stem or trunk, so as not to leave a branch stump.

Don’t damage existing scars caused by previous pruning or trauma. Likewise, don’t make repeated cuts in the same place: that way you avoid overlapping scars forming into knuckles of swollen tissue (called "pollard heads"), which are a characteristic feature of a type of pruning that was once widely practised in the countryside, especially on willow and mulberry trees. Instead, cut further along the branch, a few centimetres towards the tip of the branch.

If the branch to be sawn is large, don’t cut it in one go but in several pieces, so as to achieve a clean cut without tearing the wood. For a detailed description of multi-step cutting, take a look at this article on how to prune decorative branches.

We mentioned that pruning should be done in moderation, so that rules out topping, which involves drastically cutting back the trunk and main branches. In addition to causing major damage, this has serious consequences for the survival and stability of the tree. Here you can find out more about topping and the damage it does. 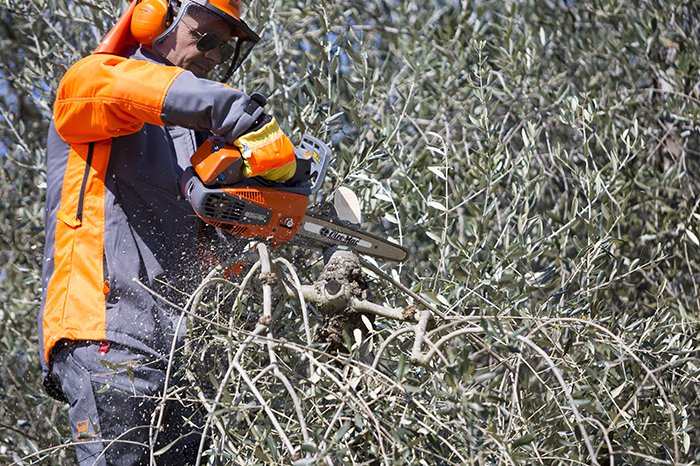 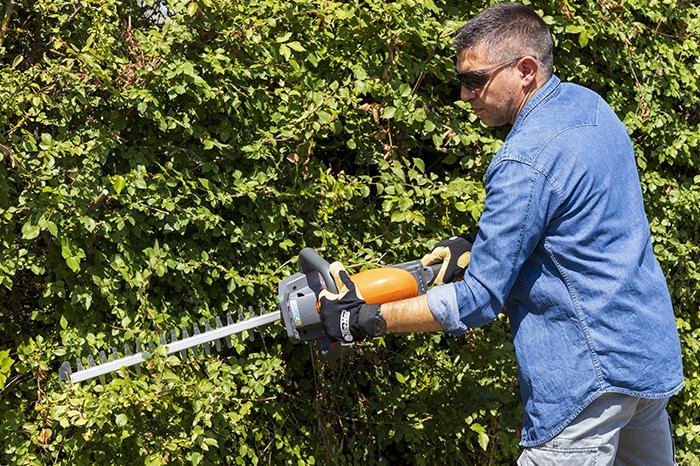 Another pruning mistake is using unsuitable tools for the thickness of the branches, the quality of the wood, the position of the branches to be cut and the type of task. The ideal situation is to have a tool kit from which you can select the best utensil for the job: on the one hand you’ll need manual tools such as shears, loppers, a hacksaw or pruner; and on the other hand, power tools such as a chainsaw, telescopic pruner, brushcutter and hedgetrimmer. Here you can find a handy guide to pruning tools.

There is a variety of pruning-type chainsaws on the market. They range from multi-purpose models designed for amateur gardeners, to specialised pruning chainsaws targeted at professionals. You can certainly choose a battery-powered chainsaw, as well as a battery-powered hedgetrimmer: on that subject, we have an article on the working time of battery-powered tools that you can check out.

There are other tool-related pruning errors besides picking the wrong implement. Whichever type you use, the blades should be well sharpened in order to cut the wood cleanly. The same applies to the cutting elements on a chainsaw or telescopic pruner, namely the chain teeth. Only a clean cut will avoid fraying or tearing the plant tissues and enable the plant to heal quicker, besides making less work for you.

Sharpening is part and parcel of power tool and hand tool maintenance: here you will find instructions for looking after hedgetrimmers, maintaining chainsaws and sharpening chains.

Finally, pruning tools can transmit diseases from one plant to another. It isn’t enough to remove the dirt from the blades: after each use, disinfect with alcohol or bleach to eliminate harmful microorganisms, especially if you have been working on diseased plants.

Last but not least, one mistake never to make when pruning is neglecting safety. Always wear protective clothing and, if working with a chainsaw or telescopic pruner, that includes cut-resistant gloves, clothes and footwear, in addition to following the rules for using a chainsaw safely.