Working in the vineyard: month-by-month activities

How to have well-kept and productive vines

Work in the vineyard never stops: season after season, the various stages of the grapevine growth cycle are accompanied by a relentless succession of activities. Year after year, in the vineyard everything is repeated in the same way: the most intense stages of the cycle take place from March to October, followed by a dormant period from November to February.

In this article we provide a month-by-month rundown of the jobs that need doing in the vineyard to ensure that the plants produce excellent grapes, as expressed in the aromas and fragrances of the wine from cellar to glass. The time scale may vary slightly depending on latitude, grape variety and vintage: in this article we have only considered average timings applicable here in Italy.

Winter jobs in the vineyard: from January to March

Starting from January, the first activity in the vineyard is winter pruning, which lasts until March but can be started as early as November or December. This involves both productive vines and immature plants (the first 2-3 years). For productive vines, dry pruning helps, on the one hand, to achieve the right balance between grape production and vegetation (i.e. leaves and shoots) and, on the other hand, ensures that the plants do not impede people, equipment and machinery from performing all the various jobs in the vineyard.

As early as March, when the vines are budding, you can start with some green pruning on the productive plants. This includes desuckering, which can be performed in the vineyard until June and consists of eliminating water sprouts and suckers. Suckers are shoots that arise under the root collar, the lowest part of the stem, or directly from the roots. Water sprouts, on the other hand, are vigorous shoots that develop along the stem.

Depending on the size of the vineyard, the soil characteristics and the training systems employed, pruning can be mechanical or simply manual, using conventional pruning tools such as pruning shears, pruning saws and loppers.

After pruning, if the vine training system requires positioning of the shoots, you can bind the shoots to guide their growth, and also check bindings made in previous years to ensure they are not choking the branches.

After pruning, the cuttings must be collected. Some growers prefer to leave them between the rows, shred them with a flail mower to create organic matter and then bury it before later tilling the soil, or use them as mulch. If the vines are diseased, however, the cuttings must be taken away (remember that burning them is prohibited by law). Among our range of professional flail mowers, Oleo-Mac offers you the WB 65 K1100H, with a 65 cm cutting width and 38 blades.

The first three months of the year are also ideal for performing maintenance of vinepoles and trellises that support the vines, by fixing and replacing where necessary.

Between February and March it's time to fertilise the vines and soil of the vineyard with mineral or organic fertilisers. They can be used in solid or liquid form, distributed entirely between the vine rows or only along them. To provide the plants with microelements, you can also opt for foliar fertilisation, applied with a sprayer or mistblower.

Spring jobs in the vineyard: from April to June

From April to September is the time for taking care of the soil in the vineyard, i.e. all tasks that involve checking the vigour of the vines and the quality of the grapes, eliminating weeds, maintaining and improving the soil quantity and facilitating access by people and machinery in the vineyard.

Preparing the vineyard soil is necessary both between and along the rows. Grass-covered inter-rows can be mowed when the grass reaches a height of 25-30 cm, for example using a garden tractor for vineyards, or a flail mower.

If, on the other hand, the soil between the vine rows is uncovered, periodic cultivation is needed to keep weeds at bay. Grass-covered rows should be mowed periodically; if the rows are bare, the surface soil should be cultivated to limit weeds. Alternatively, if you don't want grass-covered or cultivated rows, you can resort to herbicides.

Would you like to know more about the benefits and techniques for soil management and soil cultivation in the vineyard? Discover our in-depth article on grass cover-cropping and inter-row soil cultivation.

We continue our rundown of vineyard activities with green pruning, i.e. focusing on the vine foliage, from June to August. A number of operations need to be done to prevent the vegetation from thickening too much, so that the grape clusters receive optimal lighting, are well aerated and able to mature in healthy conditions:

Finally, between June and July, but before veraison, the vineyard should be subjected to a final round of green pruning, a delicate operation that involves manual crop thinning. This is done by removing some healthy clusters and leaving only a certain number on the plant: it serves to balance grape production, or achieve high-quality production by ensuring a low yield per hectare.

Among the essential jobs in the vineyard are chemical spray treatments, which should be applied from May to August in order to protect the grapevines from attack by numerous parasite species: for example, during May and June the plants are most vulnerable to downy mildew.

Summer jobs in the vineyards: from July to September

August in the vineyard is harvest time, which can continue all the way to October: it is the culmination of all the year’s vineyard activities, a time to reap the benefits of the efforts expended during the preceding months. As you know, harvesting and pruning are the two activities that winemakers spend the most time (and money) on. Just like pruning, harvesting can be performed mechanically or manually and, in the latter case, pruning shears are the perfect tool for cutting off grape bunches at the peduncle. 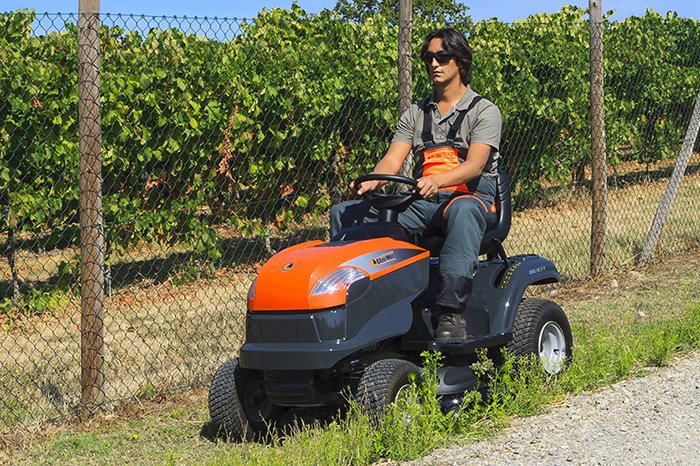 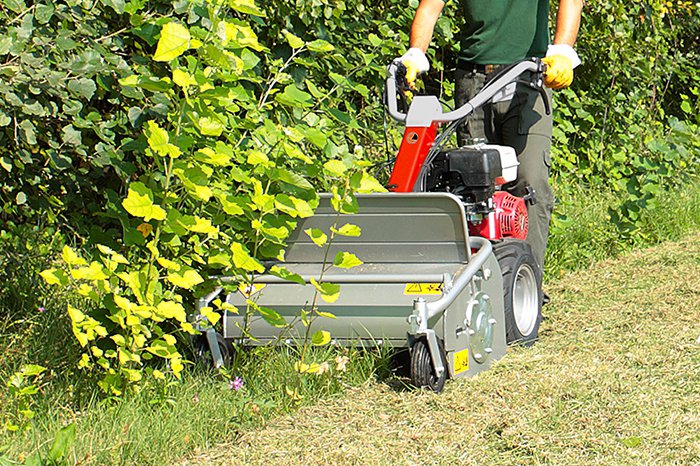 Autumn jobs in the vineyard: from October to December

After the harvest, between November and December the vine leaves lose their chlorophyll and fall off the plants, which then enter the winter dormancy phase. This is the time to heap earth around the trunks to protect the foot of the vines from the cold. At the end of the year, preparations for a new vintage can already begin with winter pruning.

Speaking of pruning, we referred earlier to flail mowers for pulverising cut shoots and mowing grass-covered areas between rows: they are an ideal machine not only for jobs in the vineyard, but are also indispensable for eliminating vegetation in the toughest situations. You can learn more about them in our article on when to use flail mowers for mowing grass.